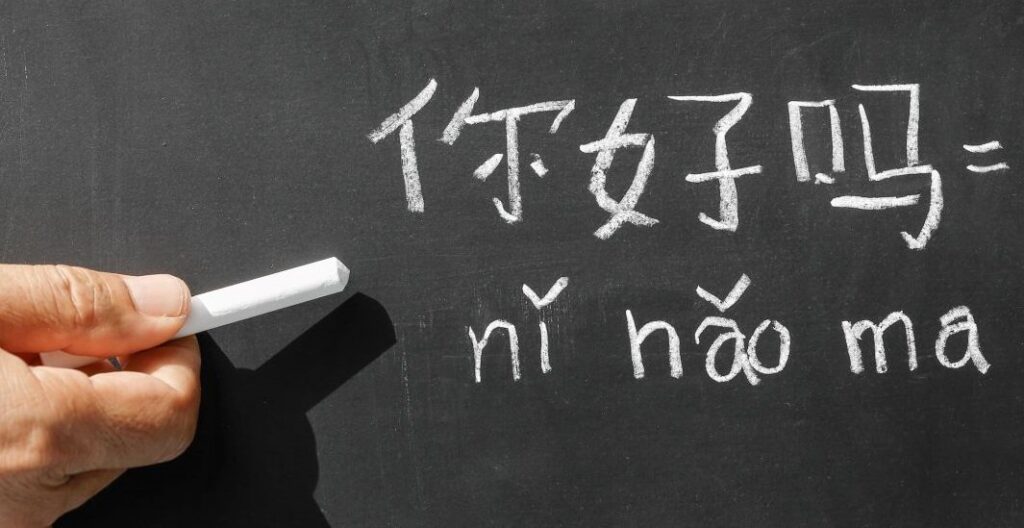 Hanyu Pinyin (汉语拼音; pinyin: hànyǔ pīnyīn), or simply, pinyin, is a phonetic transcription system to “romanize” Chinese. That is, it uses the Latin alphabet to transliterate Chinese characters to make them easier to learn. Simply put, when asked “What is pinyin?”, you can say it’s a tool to study Chinese.

Why is it so useful?

Think about this: to read English, you had to learn what to do when to vowels appeared next to each other in one syllable, or the doubling rule for spelling rules, and even in some cases you might have had to simply memorize the spelling and pronunciation of certain words… Not easy, to be fair.

Chinese, however and for obvious reasons, is more complicated. As many other languages, there’s nothing in its writing that can give you a clue on how to pronounce the words. As you might know, Chinese writing consists of ideograms, that is, characters that represent concepts instead of sounds.

So here it is where pinyin comes to the rescue. Do you remember when you learned to ride a bike with a stabilizer? It made it so much easier!

Well, imagine that pinyin is like that stabilizer wheel. Once you gain confidence and experience you will no longer need it.

When the Communist Party came into power in China, illiteracy rate was very high. Therefore, teaching how to read and write to those in disadvantaged circumstances became one of the Party’s priority.

The goal was not only to promote and implement inclusion and equality, but also to spread the ideology of Communism throughout the nation.

During the 1950’s, the People’s Republic of China created a project addressed to the Chinese writing system. On one hand, it was created a committee to simplify characters. This meant reducing the number of strokes each had. That’s how “simplified Chinese” was born.

On the other hand, a committee of linguists, leaded by Zhou Youguang (who was actually an economist) developed a phonetic system to represent Chinese sounds with the Latin alphabet.

The good news for us is that they used English pronunciation, instead of French or Spanish ones, which is a great advantage for an English speaker.

Before Pinyin, other systems, like Wade Giles, had been tried to facilitate foreigners to learn to Mandarin Chinese. But Hanyu Pinyin was the one adopted as the official and international romanization system of Mandarin Chinese.

In fact, even the writing of names and surnames uses pinyin, without the tones, and it is the way yo type Chinese characters in computer software and programs.

How does it work?

Pinyin is a phonetic guide. Each letter in the alphabet was assigned a Chinese sound. In essence, it is what happens in languages that use the Latin alphabet, each assigns a particular sound to a letter.

To put an example, the way the letter “R” sounds in English is quite different in Spanish or French despite being the same alphabet. As mentioned before, the good news is that pinyin uses the English pronunciation of the alphabet to reproduce Chinese sounds. Of course, there are sounds that don’t exist in English, then is when certain combinations take place.

Does it sound complicated? Not really, on the contrary, pinyin is a invaluable tool. It even helps small kids that learn Chinese language.

Now that you know what is pinyin, at Hanyu Chinese School, we are happy to help you master your Chinese skills. With our Chinese teachers who are native speakers, online campus and master classes, you can have your lessons tailored to your needs and circumstances. Contact us, ask for your free class and follow us on social media!